On Jan Fabre’s curatorial decisions for the Athens & Epidaurus Festival as they were presented this tuesday, March 29th, in Athens 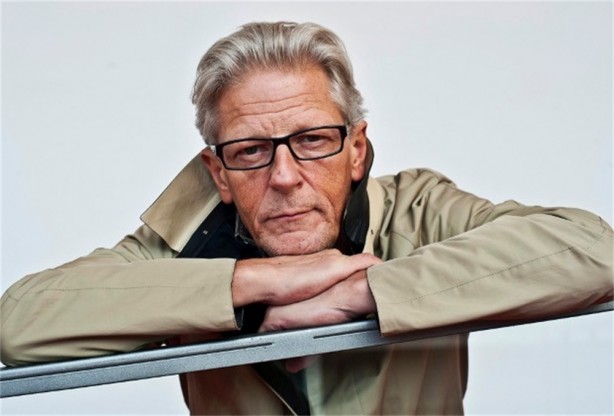 Over the past five years I have been working closely with the Greek independent scene, both in theatre and dance, and learning how resilient artists can be and how fearful they are on not letting economical crisis be an excuse for a contrived or enraged work.

For the past five years I have witnessed over and over the same excuses coming forward when talking about the support of the arts. It was never a priority even if it was Greece’s major asset. It was never opportune even if opportunities are created, not spontaneous. It was never a reason and was always an expense. This happened after many artists left the country or changed jobs, cultural magazines closed, theatres stopped paying and structural support became, again, a mirage. It was not only a matter of offer and search; it was a matter of ideology. It was a choice. For as when financial contribution was requested, and when partnerships were beginning to be settled, the answer was always the same: there’s no money.

But, at the same time, several theatres and festivals across Europe started presenting Greek artists and showing how willing theatre makers were to prove that their work was not some sort of bizarre eccentricity that had survived economical crisis. The biggest lesson Greek theatre gave to a overloaded system was to demonstrate how theatre is not a mere metaphor for the economical reality, it can also be a way to deal with responsibility towards the present and what might come ahead.

What mortified most of the international programing that had Greece as its honoured guest, was the difficulty of  reducing Greek contemporary dramaturgy to a reflection about the crisis. Life was going on, after all. Even in devastated Greece.

One of its main forums was the Athens & Epidaurus Festival, which in recent years had been run by Giourgos Loukos. Imperfect as it was, and most of the times doing exactly what other festivals were doing, it had, however, a political dimension that could not be ignored and even less supressed. It was giving to everyone, from artists to audience, from partners to observers, a sense of continuity, and even of democracy and equality. In the midst of a crisis, Greek theatre could be like all other theatre. It could exist, it could be seen, and it could be discussed, debated, rejected, developed. Because it could be seen. It was not anything, for so many it was everything.

Many of the companies and artists that are now naturally becoming regulars on the programings of the theatres and festivals all around Europe, started there. If it was not for the Athens & Epidaurus Festival – likewise for the Onassis Cultural Centre or the Kalamata Festival – such names as Blitz Theatre Group, Lenio Kaklea, Argyro Chioti and Vasistas, Dimitris Karantzas, Euripides Laskaridis, Iris Karayan, Prodromos Tsinikoris, Anestis Azas, Dimitris Papaianou, to name only a few with whom I crossed paths this past years, would not have been heard.

So, what does it mean and how can we interpret the recent decision of transforming the festival in a showcase of Flemish artist Jan Fabre for the next four years? And how can we understand it when it comes from the same government that is doing the same exact thing than the ones he was supposed to contradict? And, if it’s not a problem of money, like Jan Fabre said at the press conference, then, what sort of problem was attacking the Greek theatre that forced it to be evicted in 2016 and be subjected to a quota of 30% on the next two years? How can we, at the same time, promote the presence of Greek work, eloquently praise its vitality, and then confine it to a percentage, and, instead of a clear curatoril choice, subject the same companies that have raised the bar for this past years to become applicants for the festival that was their shelter for many years?

The problem is not on the work of Fabre that, for sure, needs to be showed and discussed. But it does as so do other works and other artists, which is exactly what the Athens & Epidaurus Festival was doing, and it was exactly what made Fabre’s course. It was what made the festival grand and made it internationally appealing. It’s what made its history, now reduced to a footnote hard to write.

On the past years, the Athens & Epidaurus festival had the capacity of creating a sense of belonging; the strength to develop links that would allow artists and audience to enlarge their cultural, political and philosophical references; the empowerment of artistic discourses through the confrontation of different aesthetics; the willingness to defend the abolition of supremacist programing, conceived in a monolithic way and being forged as an impediment for debate to happen.

What this program proposes is not of such order. It enrages, with reason, it demotivates, with frustration, it gives up, with resentment, it buries, in a perverse and coy way, demolishing a gradual understanding of diversity that, for the past years, both inside and abroad had made the Greek theatre scene one of the most vibrant ones.

What will happen now, despite the lack of structural conditions for sustained work to continue to be produced, is a demonstration of power that will lead to a draining of a system that, for the past years, has proved itself strong, resilient, even bankable and certainly more exportable than what the predictions of the Greek governments could determine. The decision of not considering the projects left on hold by the previous direction to this year’s program, shows a vindictive approach from the Ministry of Culture and a lack of diplomacy from Jan Fabre himself and his team. It’s a cut that will not heal. It’s more than a curatorial statement, it’s the assumption of an artist as a supremacist that looks to no means to reach its purpose. Even Xerxes took more time when planning the invasion of Athens than Fabre that in 2017 will invite its inner circle to occupy the festival without being in any sort of way as clear what remains left for the greek artists (and, of course, to the international artists that also had its platform at the festival). And in 2018 the same principle will apply, with new creations from Fabre, again with no clear plans for what might be the rest of the programming.

It wouldn’t be absurd to read a political strategy on all of this and more so on what will be the last instalment of Fabre’s curatorial approach: in 2019, “Greek artists stand central as Jan Fabre passes the torch to new curators and a new generation of Greek artists”. One could joke and consider that if in 2016 there will be an introductory course on the work of Fabre, one can assume that the idea behind this is to bread, like cattle, a new generation of little Fabre’s. One shouldn’t go that far on believing that this decision hides a clear strategy of erasing from the contemporary scene the names and the artists that have allowed Greece to stand on its own on the international field. One should not allow itself to even conceive that the consequences of such measures were not imagined by the same government that considers Fabre the golden lamb. One has to admit that they have read Seneca’s Thyestes. They must know what will follow to those who proclaim themselves kings.

What will happen now is the setting of a realm, contriving every work to the same modus operandi and the same esthetics.

One advice, since Fabre decided to do a Greek tragedy in 2019. Beware with what you choose. You might either have to face Antigone’s refusal to bury Greek theatre or forget that Pentheus got so drunk with it’s power that ended up being eaten alive by his own mother. Either way, hubris is a bitch!

Um comentário a Watch out for the golden lamb