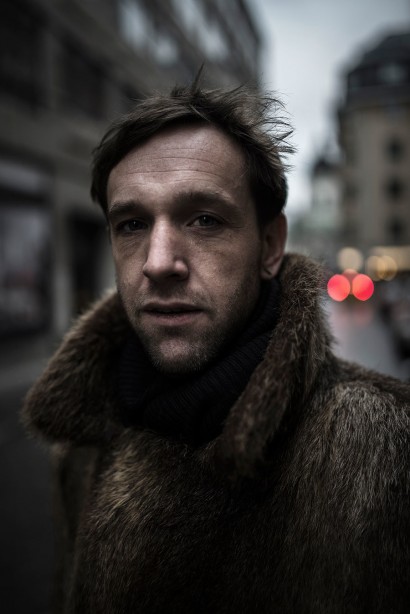 At the end of Grind (2011) Jefta van Dinther had left us with the strange feeling that we had been tricked. Maybe it was his way of pretending to expose his limits through a choreography that imagined how was it possible to materialise transcendence.

Maybe it was our imagination playing tricks and proving how wrong we were on assuming we could predict the trajectory of a movement. Either way, what Grind achieved to prove was how a body can be a combined movement between expectation and reality.

Later, when he applied what we thought was the same formula to the dancers of Cullberg Ballet and signed Plateau Effect (2013), we could perceive that this a way of thinking dance not as a mere discussion on perspective. It was also a method of reconstructing a state of mind – therefore an identity – through movement.

The fact that he was doing it with dancers of Cullberg Ballet, where the notion of collective superimposes the one of individuality, demonstrated how aware Jefta van Dinther is of the complex mechanisms played by our willingness to read movement as a linear accumulation of presence, space and time.

And then came As it empties out (2014), a succession of tableaus that move forward from the point he had left us with This is concrete (2013, co-signed with Thiago Granato) and places the dancer outside of the limits of perception. Through a rhyzomatic approach to the body and it’s relation with what remains to be clarified about the frontiers between material and evanescence, As it empties out offered images that haunt us beyond the temporal limits of the performance.

What strikes us as novelty in a context where dance tries to reorganise it’s discourse – and perceive how to continue to be nourished by the margins while reinforcing conservative methods of procedure -, is the way Jefta van Dinther acknowledges his limits.

Never do we get the feeling that he knows the answers of what he is proposing. Never are we able to anticipate or contrive his own choreography, for always he manages to destructure a simpler definition of movement.

Due to the skilled dialogue between movement, music and light, Jefta van Dinther manages to draw a ecosystem where the body presents itself not as the consequence of something, but as the starting point of a rebuilding of it’s own identity. In all it’s ambiguous desire to proceed to something new, here’s a choreographer that dos not fall under the trap of immediacy.

This text was originally published at Tanz Yearbook – August 2015