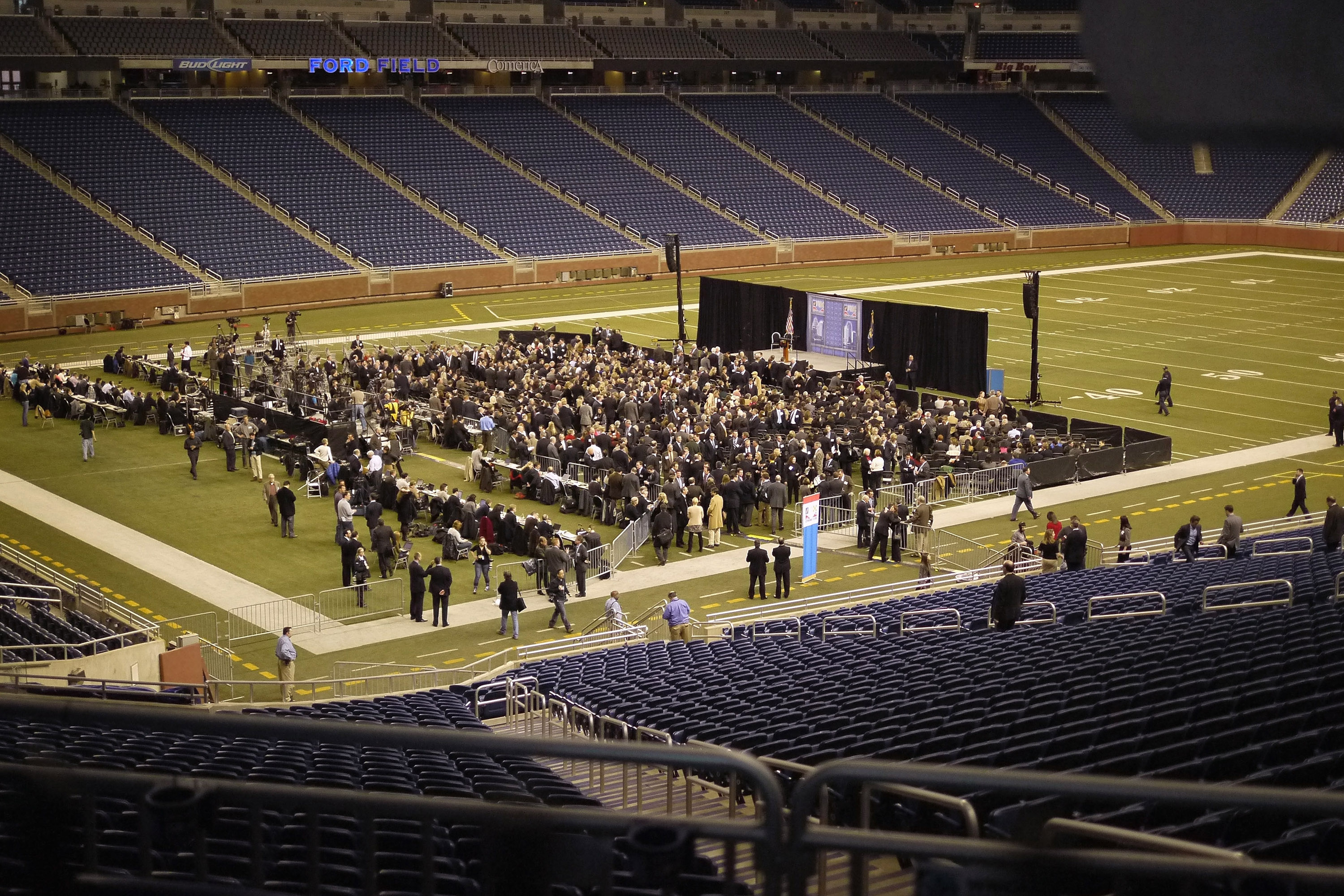 DETROIT, MI – FEBRUARY 24: Members of the Detroit Economic club gather to hear a speech by Republican presidential candidate, former Massachusetts Gov. Mitt Romney during a luncheon at Ford Field on February 24, 2012 in Detroit, Michigan. Michigan and Arizona residents will go to the polls on February 28 to vote for their choice for the Republican presidential nominee. Scott Olson/Getty Images/AFP== FOR NEWSPAPERS, INTERNET, TELCOS & TELEVISION USE ONLY ==